The modern history of Oregon wine is centered around the Willamette Valley, where David Lett established Eyrie Vineyards in the Dundee Hills in 1966, after an extensive search for the right combination of soils and climate for Pinot Noir. His pursuit for the perfect place to plant Pinot would prove to be pivotal, and firmly set the path for the Willamette Valley to become what it is today. He was the first to plant the grape and chose to vinify his wines in a method to best express the variety and area. It was his 1975 South Block Pinot Noir that would go on to prove to the world that Pinot Noir in Oregon was serious business. His wine placed second and third in tastings alongside Burgundian Grand Crus in Paris in 1979, and Beaune in 1980 respectively. This got the attention of Joseph Drouhin, who would go on to establish Domaine Drouhin Oregon, where Dominique Drouhin has made incredible wines since the inaugural vintage in 1988. Jason Lett carries the Eyrie torch today with aplomb and has continued to show the world what Oregon has to offer.

The emergence of Oregon as a world class region doesn’t rest on the shoulders of Eyrie alone. The winemakers that have emerged from the soils of Willamette valley have always pushed boundaries. From Maggy Harrison thoughtfully and painstakingly pushing the boundaries at Antica Terra, to the creation of the LIVE sustainability certification lead by Bethel Heights, embracing the potential of sparkling wines at Argyle, clonal experimentation at Cameron, pushing up into the coastal range’s Chehalem Mountains at Adelsheim, Erath, and Ponzi, the biodynamic-since-inception wines of Bergstrom, or the proof-positive experiment of regenerative farming at Hope Well, the density of Oregon wineries that are of such high quality makes finding good wines here unnervingly easy. 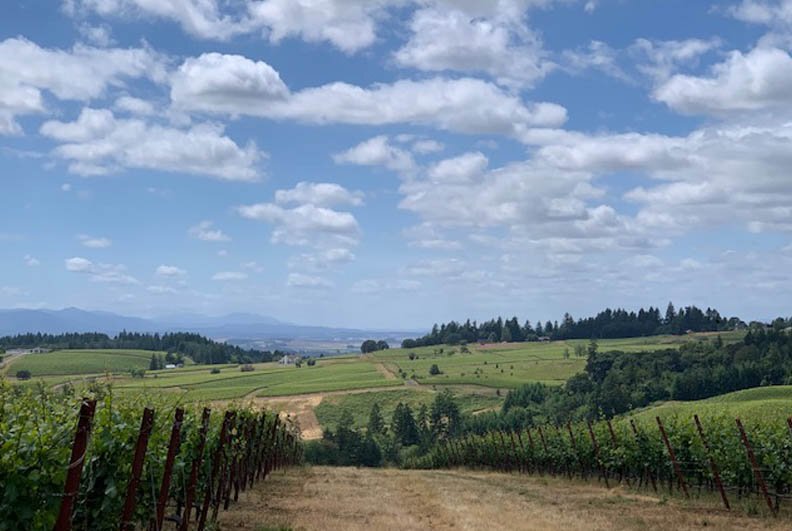 Willamette is often compared to Burgundy because of their mutual affinity towards Pinot Noir and similarity of climate. Where they most significantly diverge is in regard to the soil. While Burgundy is known for its limestone marl, Willamette Valley has none. No Limestone. Instead, it is known for its volcanic based soils Jory and Nekia, uplifted marine sedimentary soils based on sandstone and shale, and ancient loess. These soils provide a broader texture than limestone and are key to the distinction of Willamette Valley wines and how they express fruit, earth, and structure. The nine sub appellations of Willamette Valley distinguish themselves by these soil types, as well as aspect, altitude, and wind that funnels in from the Pacific, and I encourage you to do some comparison tasting to see for yourself.

While Pinot Noir is king in Oregon, it’s certainly not the only wine worth drinking. Pinot Gris has been in the valley for as long as Pinot Noir and has a unique expression that’s all its own.  Southern Oregon has an even older history than Willamette and produces some incredible Rhone and Spanish varieties in its relatively warm climate. The small set of wineries around Hood River in the Columbia Gorge are making a wide variety of wines in the tiny region’s volatile climate including fantastic sparkling wines, and warm weather varieties, not to mention the wildly thoughtful wines at Hiyu. But what has really been on the minds of many in the biz these days is Oregon Chardonnay. The sister grape to Pinot Noir has also been in the area from the beginning and quietly been produced in a restrained, low oak, mineral and verve driven style for decades. Finally, these styles are being embraced by sommeliers and consumers alike. I hesitate to tell you to be on the lookout for these Chardonnays because I really just want to drink them all myself, but they’re absolutely wines to seek out and drink with conviction. Go find some Big Table Farm, Lingua Franca, or Walter Scott and find out for yourself.

The beauty of the quality of Oregon wine is only reinforced by the overall commitment to sustainability and beyond. Over fifty percent of the vineyards in the state are certified sustainable, and Oregon is home to over fifty percent of Demeter’s Biodynamic Certified vineyards in the United States. Oregonians take stewardship of their land seriously, and most if not all of the wineries in this blog are pushing the envelope for organic, biodynamic, and regenerative farming.

Oregon has been a sleeper region for a long time despite a history that nearly syncs with that of California. It’s time we as consumers and wine pros wake up to see that it has pretty much everything we’re looking for. 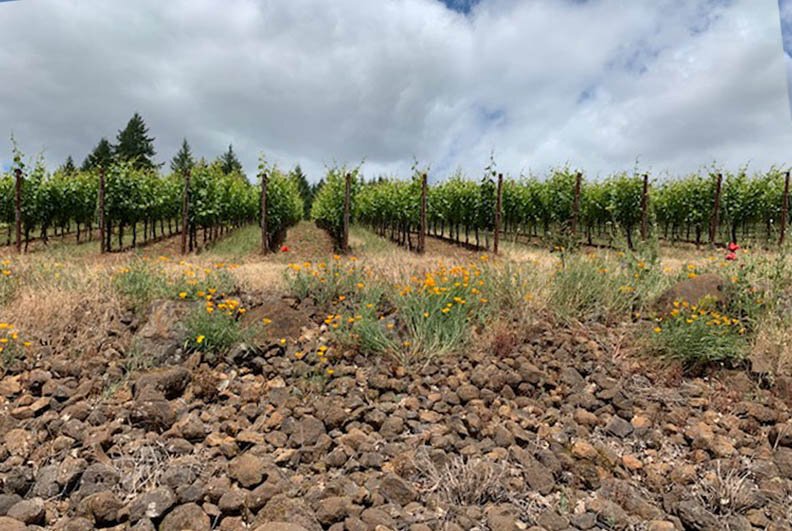